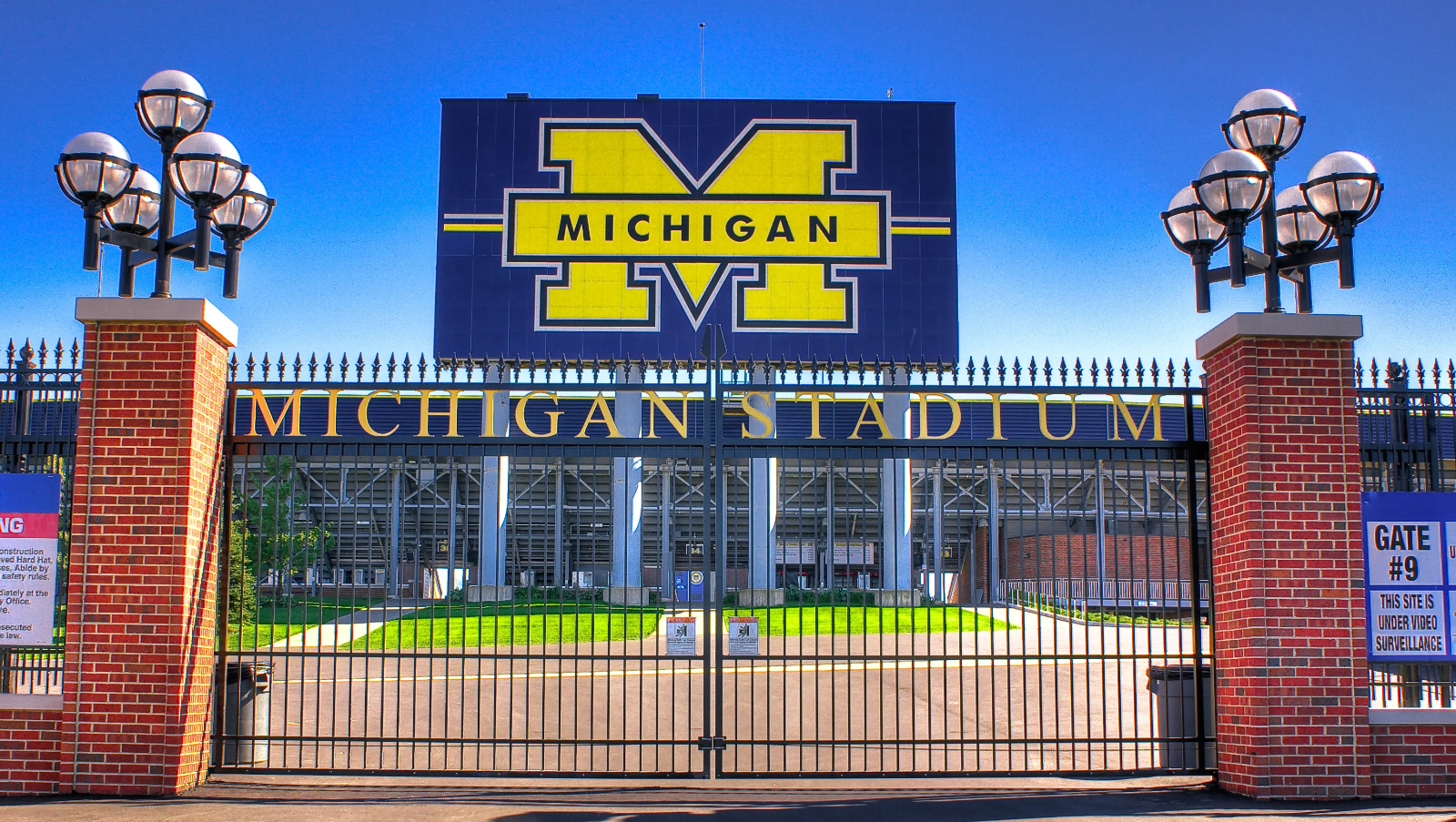 It's been long enough since the Michigan Wolverines brought a National Championship back to Ann Arbor.

But with Jim Harbaugh finally proving that he was worth the patience and the investment, the Wolverines might as well put an end to that drought this year.

Of course, they'll first need to get by the nation's most dominant defense and beat the Georgia Bulldogs, no biggie.

But even if that seems like a long shot and, with oddsmakers giving the Bulldogs a 7.5-point edge in this matchup, we still think the upset is a big possibility. Here's what the Wolverines need to do. 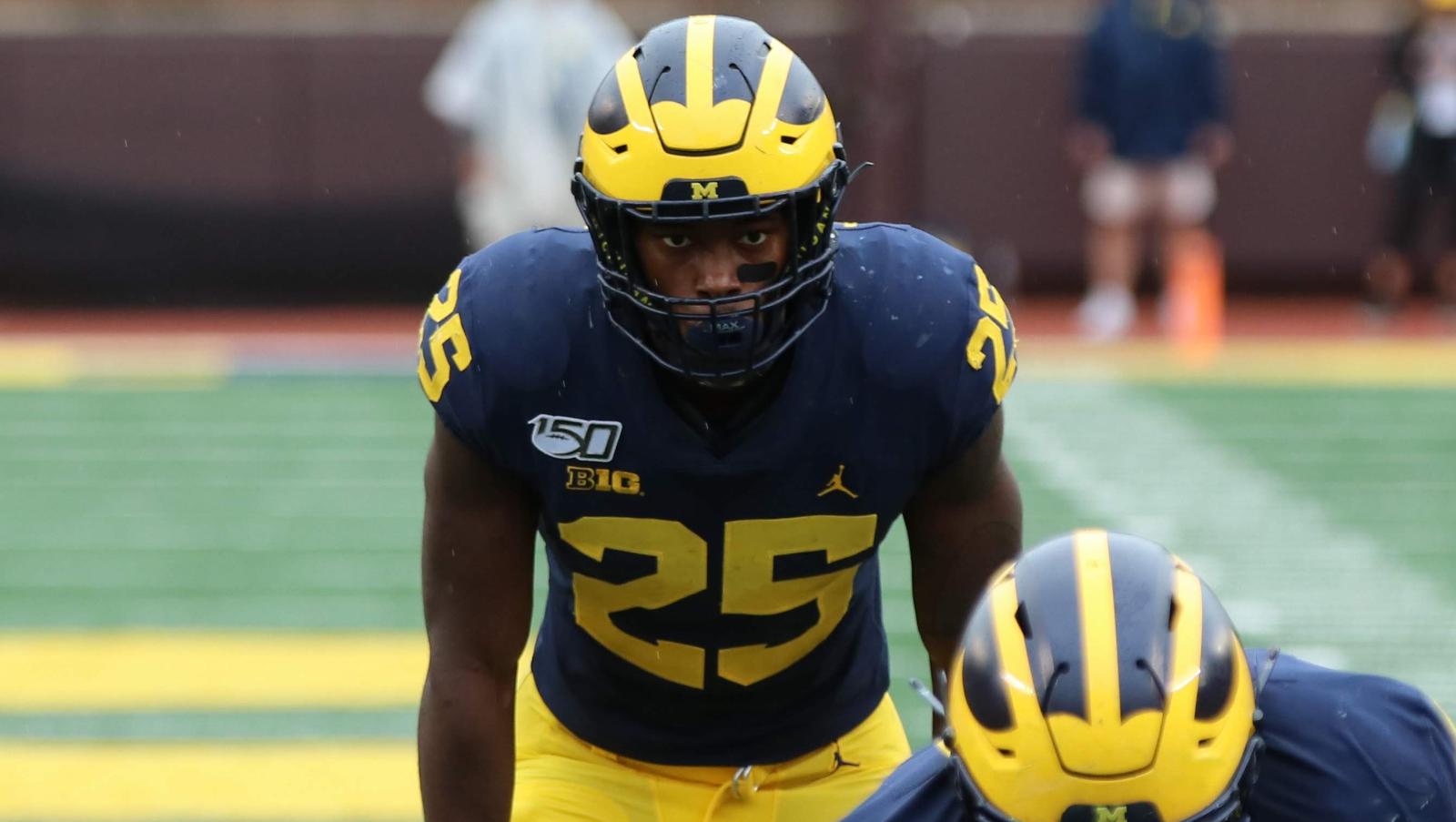 The Wolverines shouldn't change their offensive plan by any means. I mean, even if the Bulldogs are elite at stopping the run (82.2 rushing yards allowed per game, per Covers.); they still have the best running back tandem in the nation.

Hassan Haskins and Blake Corum have rushed for a combined 31 touchdowns this season, averaging a whopping 223.8 rushing yards per game.

The Bulldogs will have to find a way to stop the counter with their DBs and CBs providing plenty of help in the run support, and that may not be sustainable for four quarters. 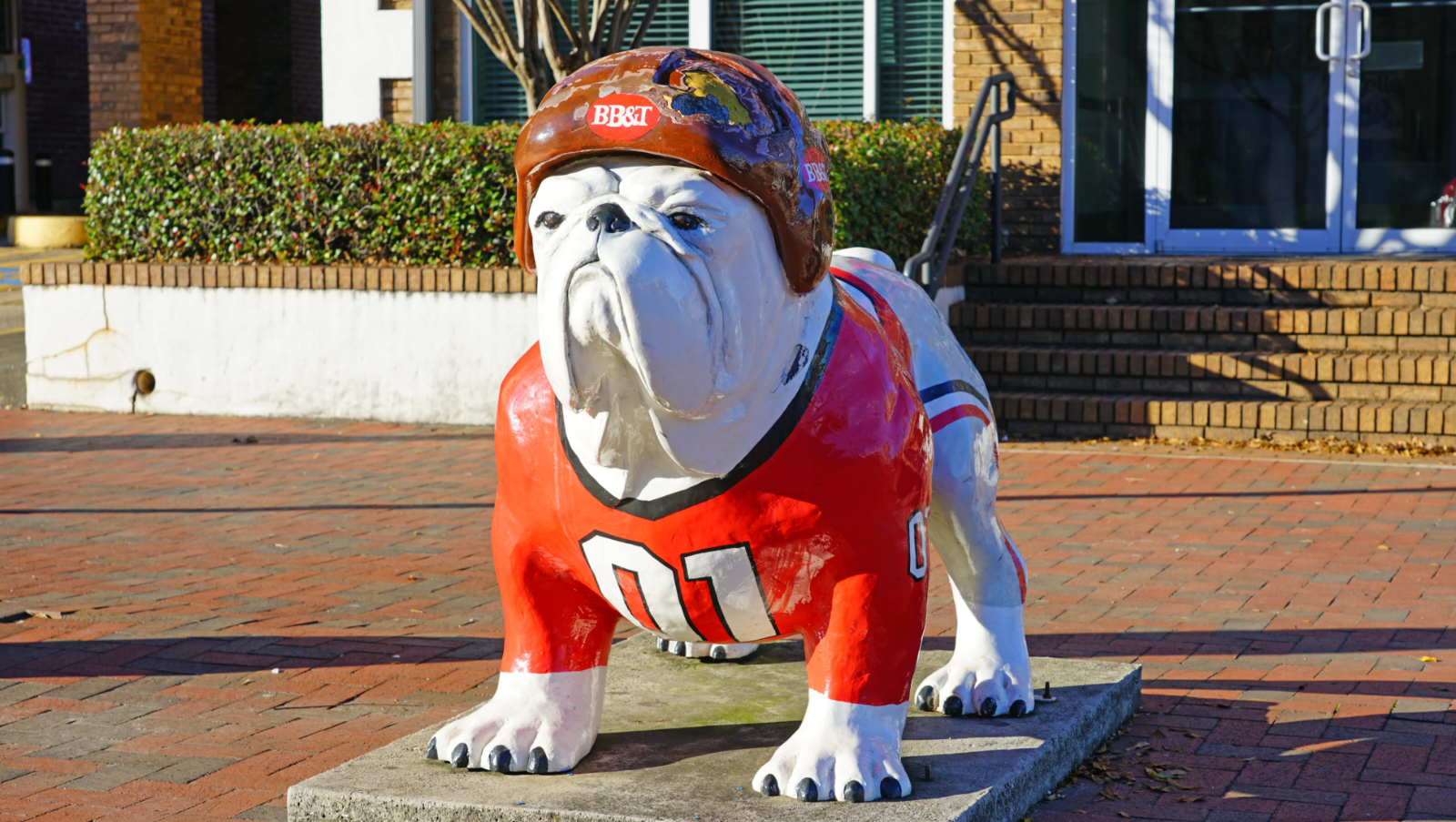 HC Kirby Smart has once again reaffirmed his support for QB Stetson Bennett.

Even though some claimed that it would be JT Daniels leading the offense after Bennett's massive dud against Alabama, it seems like it'll take an embarrassing performance for Smart to pull the plug on his QB1.

The Wolverines have one of the best defenses in the nation with Aidan Hutchinson at the helm, which is why they need to try and make Bennett a passer and shut down the running game. 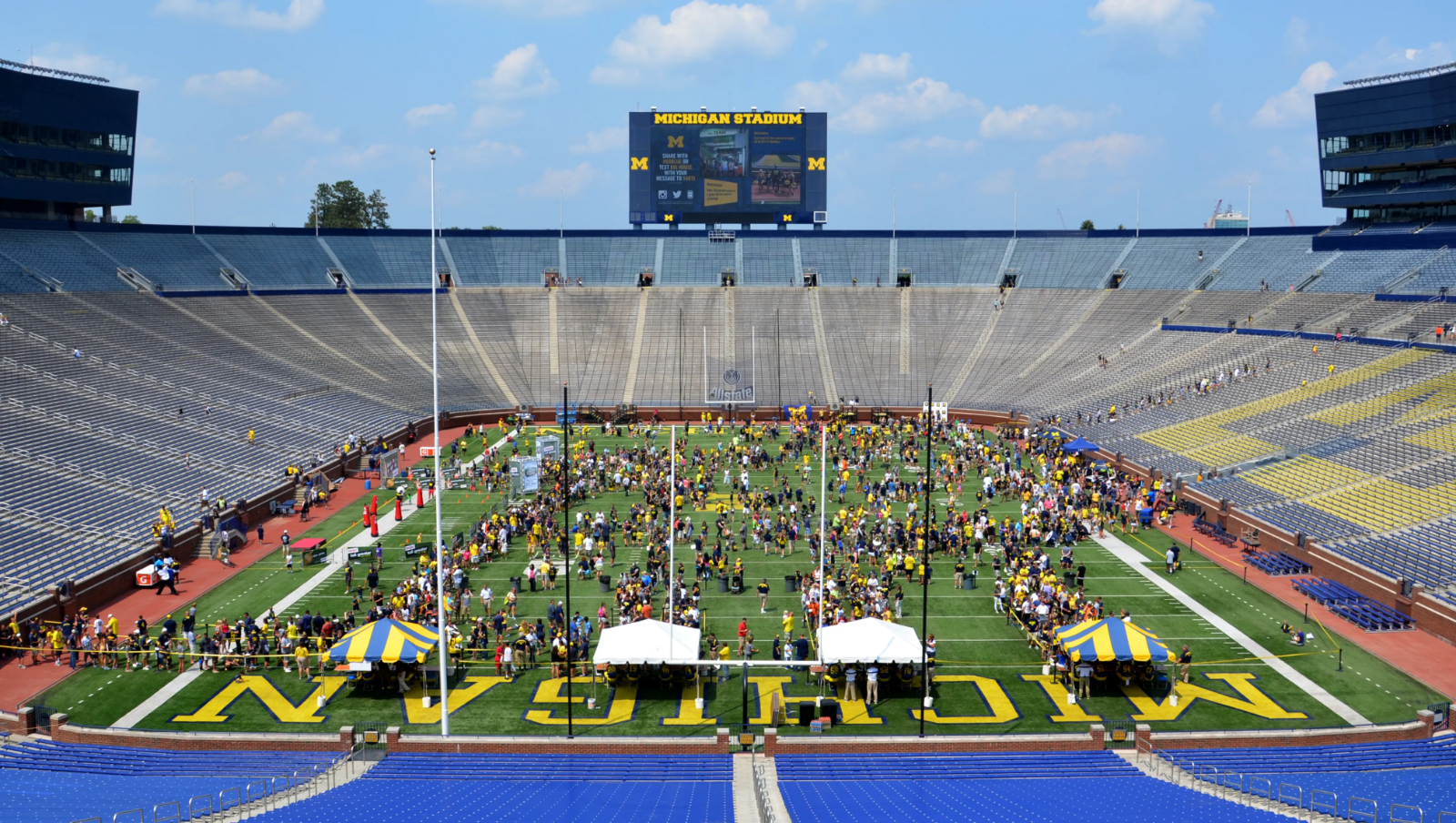 Josh Gattis's offense pretty much lives in 12 personnel. The Wolverines feature two tight ends on most of their sets, providing elite blocking and helping open up space for their dominant running game.

The Bulldogs, albeit one of the best and most dynamic defensive teams in the nation, are quite shorthanded at the outside linebacker position, and that could be a huge issue against personnel 12, especially when you're facing one of the most explosive running back duos in recent times. 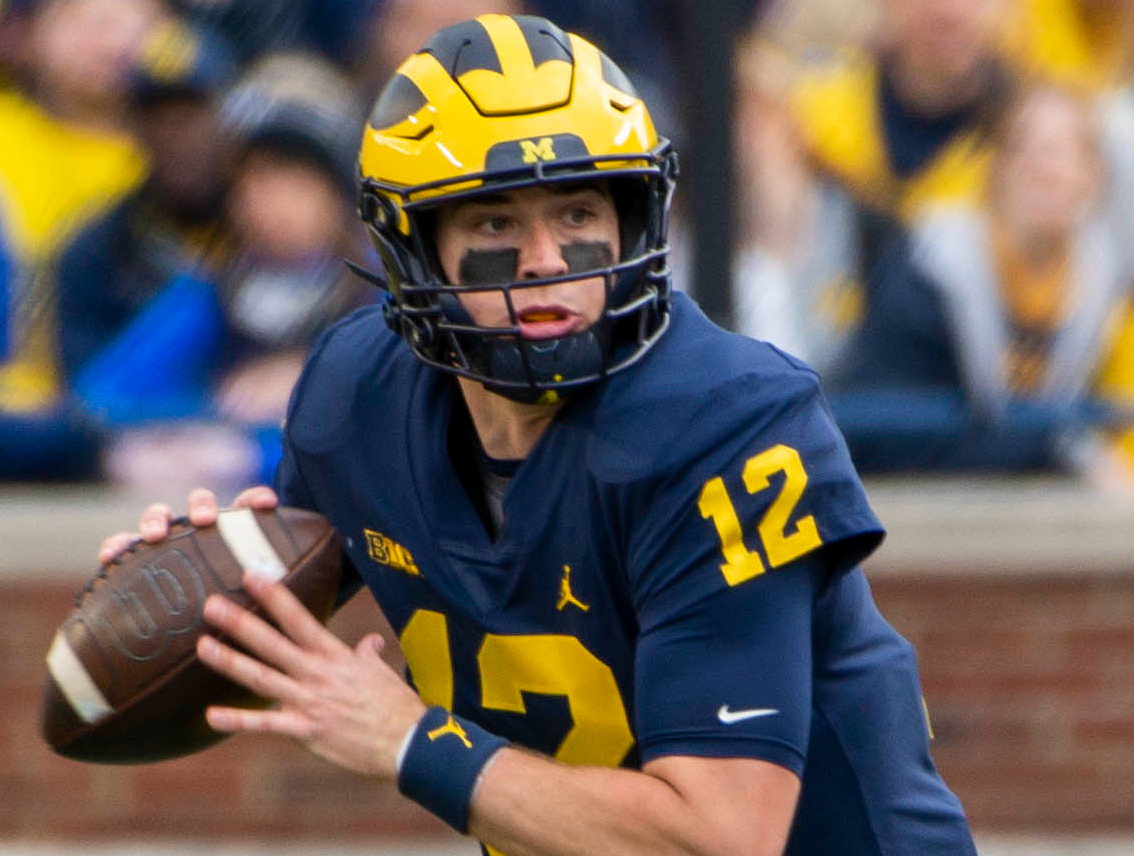 We've already talked long enough about the Wolverines' elite passing game but Cade McNamara should also get his flowers.

McNamara isn't likely to show you with athleticism or flashy plays, nor he'll be the next NFL star, yet he's far from just a game manager.

McNamara has thrown for 928 yards with 6 touchdowns against 3 interceptions against top-25 teams this season, completing over 66% of his attempts.

The Bulldogs will most likely try and force him to make plays but he's shown great ability to take care of the football, be efficient, and not force throws.