The murder of George Floyd in 2020 sparked a mass wave of violent protests, and inspired a nationwide racial reckoning.

Across the country, protesters defaced and tore down statues of historical figures associated with slavery and white supremacy, while some local governments removed the problematic monuments themselves.

A statue of Founding Father and President Thomas Jefferson that has stood in New York City Hall for nearly 187 years was removed Monday. It will be on long-term loan to the New-York Historical Society.

As The Washington Post reported, the 7-foot-tall, 884-pound statue was removed with support of many city council members, and despite complaints from conservative lawmakers.

In October, members of New York City's Public Design Commission voted unanimously to remove the structure by the end of this year, citing Jefferson's "complex past."

Jefferson, the principal author of the Declaration of Independence, owned more than 600 slaves, who were kept in his household and on his plantations.

He raped one of the slaves, Sally Hemings, and fathered a child. 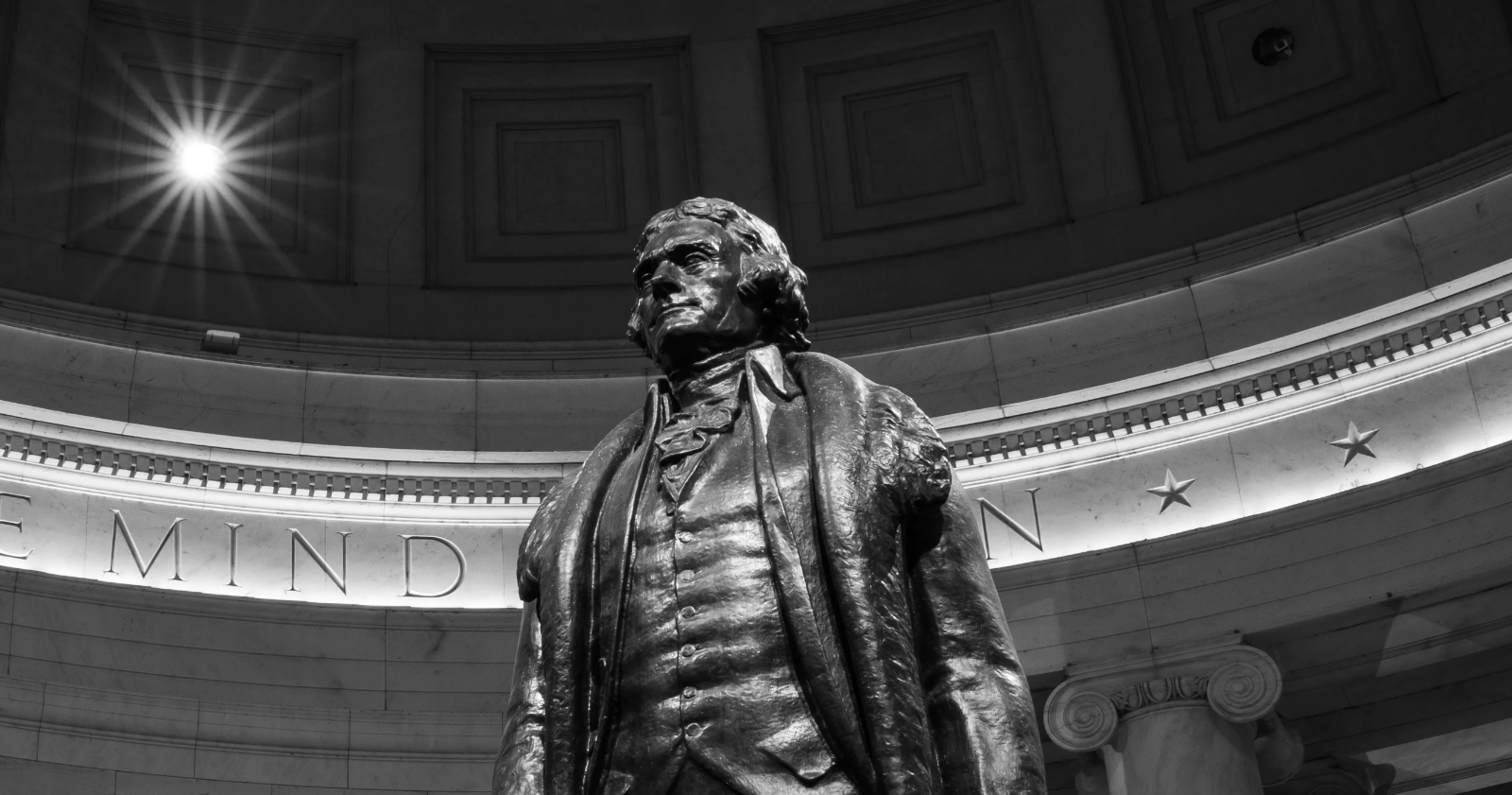 Though the initiative to remove Jefferson's statue gained traction in the summer of 2020, activists have been advocating for its removal for decades.

"It makes me deeply uncomfortable knowing that we sit in the presence of a statue that pays homage to a slaveholder who fundamentally believed that people who look like me were inherently inferior, lacked intelligence and were not worthy of freedom or rights," she said.

One Democratic member of the State Assembly, meanwhile, described Jefferson as a "slaveholding pedophile."

What Do Historians Say?

According to The Washington Post, historians are split on removing statues.

Jefferson biographer Annette Gordon-Reed argued that "removal, particularly of the Washington [Monument] and Jefferson Memorials, does not make sense, given the formative role they both played in the founding of the United States."

Author Kevin M. Levin, on the other hand, said that "the question of where to draw the line when it comes to the removal or relocation of monuments and statues ignores the fact that no line exists."

"You may believe that a line can be drawn between monuments and statues that honor Confederate military and political leaders and those that honor 'Founding Fathers' like Thomas Jefferson, but that line exists for you and others who happen to agree with you only," he said.

Conservative politicians were outraged by the removal of Jefferson's statue in New York City Hall.

Reps. Dan Crenshaw of Texas and Thomas Massie of Kentucky both criticized the move, with the former claiming former President Donald Trump predicted this would happen.

"Remember when everybody mocked President Trump when he said that statues of George Washington and Thomas Jefferson would be next?" Matt Schlapp, the chairman of the American Conservative Union, asked on Twitter.

"The cultural marxists will not stop until every symbol of America's greatness has been taken down," he added.