Zac Stacy Wanted By Police After Savagely Beating His Ex

Former Jets running back Zac Stacy is reportedly on the run and wanted by the authorities after savagely beating his ex-girlfriend Kristin Evans.

Footage from a home surveillance camera -- which can be viewed below -- clearly shows Stacy monstrously beating Evans in front of their 5-month-old son in, throwing her around, punching and dragging her across the room.

The disturbing case has attracted the attention of both the press and the NFL , with many players -- including Stacy's former teammates -- condemning Stacy's behavior.

In the surveillance camera video -- which has been posted to several social media sites -- the 30-year-old athlete is seen exploding with rage.

In the clip, Stacy first approaches Evans and hits her in the head with his fist. He repeatedly strikes her, and then throws her into the television set, causing it to collapse.

Evans then tries to tell something to Stacy, but he repeatedly hits her while she is on the ground, begging for him to stop. The former Jets running back then body slams his ex on their baby’s walker.

Stacy now faces aggravated battery and criminal mischief charges. He has fled Florida and may be hiding out in the Nashville, Tennessee area, according to The New York Post.

"Efforts are underway to capture Stacy, and we would urge him to turn himself in and face the criminal charges," the Oakland Police Department said in a statement.

Evans called 911 after Stacy beat her. She was transported to a nearby hospital with bruises and a head wound. Evans previously filed a police report in October, when Stacy allegedly slapped her. 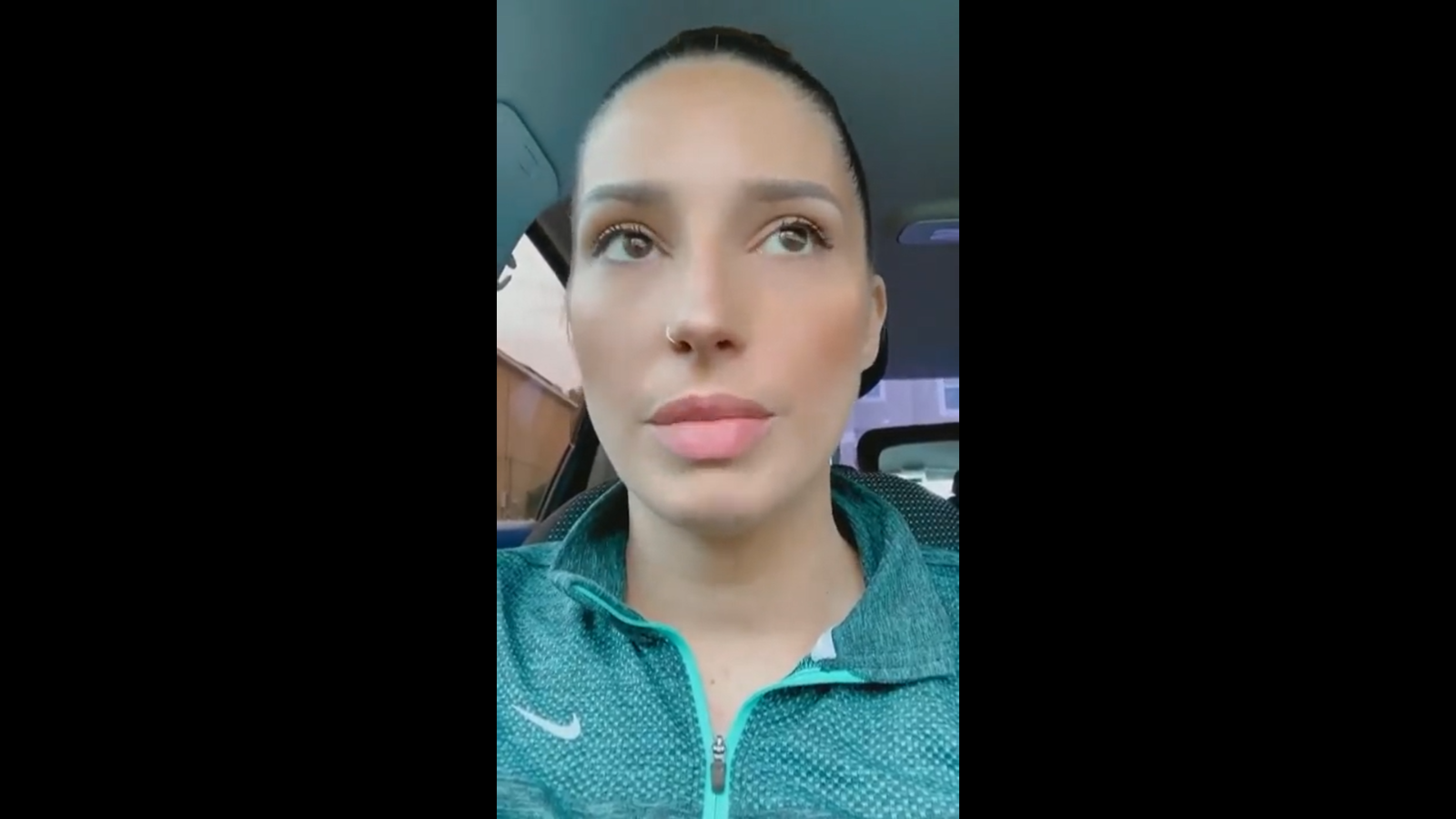 In a video posted to social media, Evans said that friends are hiding Stacy and asked the public for help.

"I don’t know why his friends are hiding him. If you see him -- he drives a white Kia Optima, a 2020 I believe or a 2021. If you see him or you know of any location that he might be, please turn him in or call your local authorities," Evans said.

According to Evans, Stacy began abusing her when she became pregnant with his child last year.

"For the record, any man that puts his hands on a woman is a coward! Short of defending yourself in a life or death situation, there is no excuse!" Ravens defensive lineman Calais Campbell wrote in a tweet.

"I’m not retweeting the video but ZAC STACY NEEDS TO BE THROWN UNDER THE JAIL. Any man that puts his hands on a woman is a coward. Can’t believe what I just saw," Packers receiver Davante Adams said.

Stacy's former teammate Chris Long, meanwhile, said that it is "crazy to play [with] someone for a couple years & you have no idea what kind of bullsh*t they do at home."