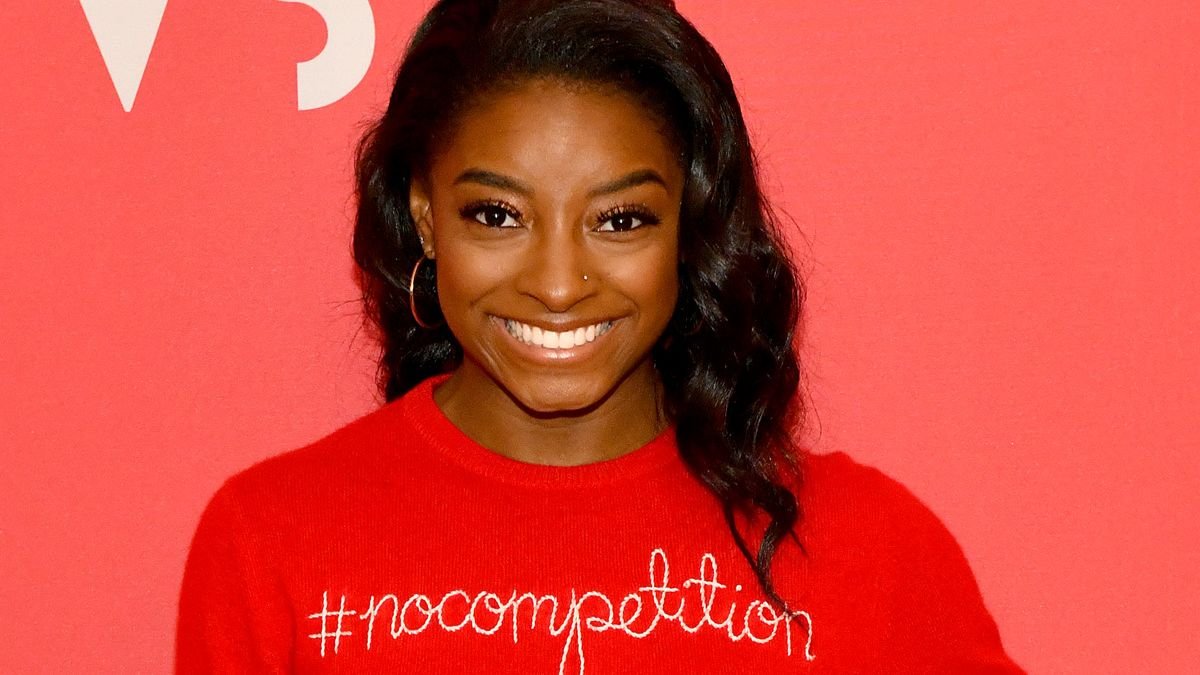 Simone Biles is showing off the GOAT and it's got a name. The 24-year-old gymnastics superstar is fresh from seeing her glittering career jump up by another notch on the win bedpost, with the Fort Worth, TX-held U.S. Gymnastics Championships yesterday crowning Simone a winner all over again. With her score of 119.650, the world's most-decorated gymnast won her seventh national women's all-around title, and it was good vibes over on Instagram as Simone updated for her 4 million followers. Check it out below. 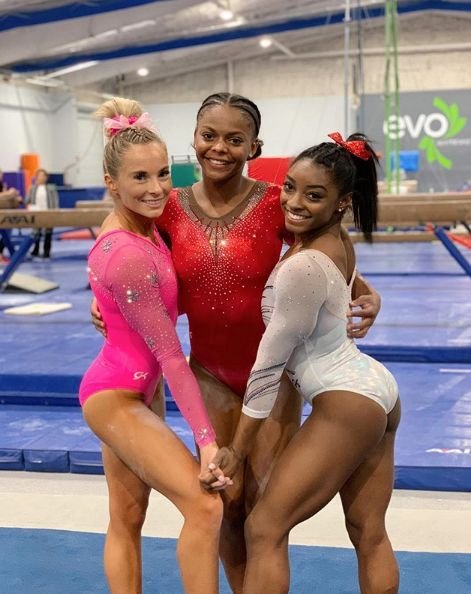 Scroll for the photos. Simone was trending on Twitter yesterday as The Greatest of all Time "GOAT" embellishments on her leotards gained attention. The 30-time World and Olympic medalist, who had made headlines ahead of the event for her mind-blowing Yurchenko double pike, updated on Monday and showing off both a black and a white leotard - both came with the cute and humorous goat in glitter.

On the white leo, the goat is by Simone's shoulder. On the black one, it's more of a hip area deal. 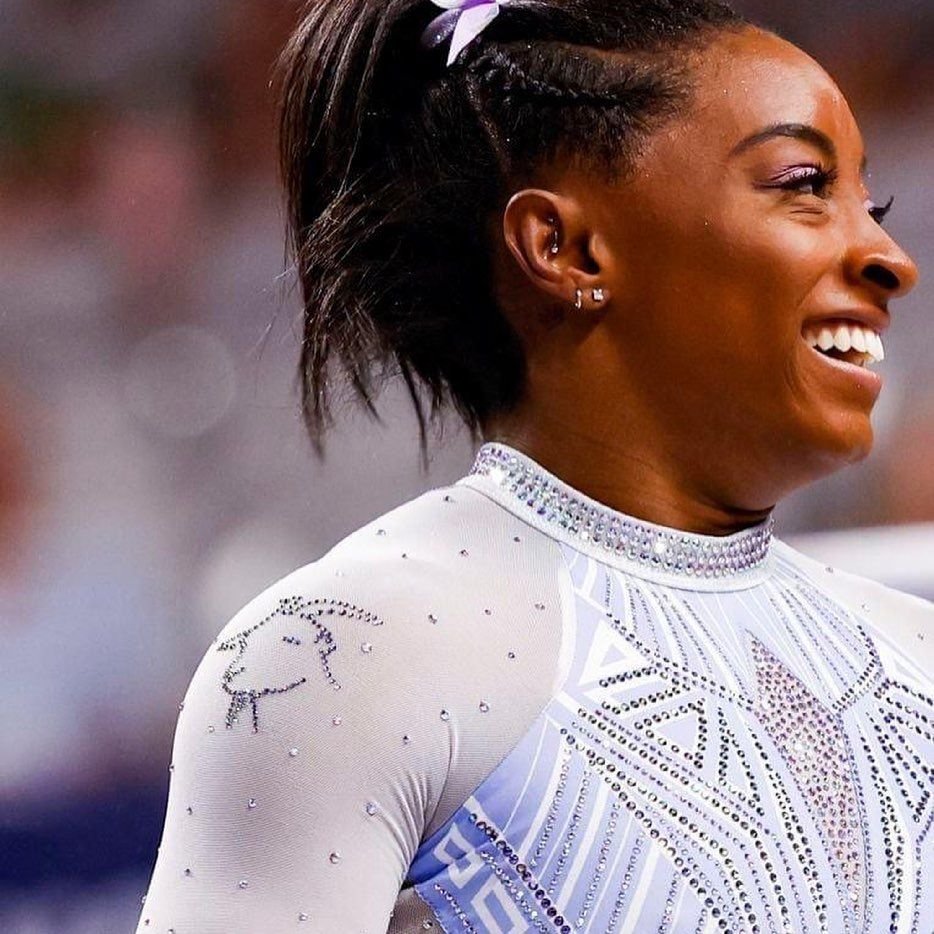 Taking to her caption, Simone wrote: "Introducing GOLDIE. Thanks for giving her a name ya'll."

"WE LOVE GOLDIE!" a fan quickly replied. "OMG YOU'RE AMAZING," another added, saying that Goldie is "beautiful." Simone and her rhinestone-adorned leos had appeared some weeks earlier as she rocked her trademark gear at the GK US Classic, the event that brought the Yurchenko and one now viewed over 2 million times on the former Nike face's Instagram. Swipe right below for the full gallery - scroll for more photos.

Simone, who was also supported by NFL player boyfriend Jonathan Owens both during and after her win, has been making headlines for opening up on her own headspace. Clearly, the challenge at Simone's level isn't just physical. Last year, the star spoke out, revealing:

"Before a competition—usually a week or two [before]—I'll go to therapy to decompress, be in a different atmosphere in a safe place, so I can say whatever I want, say how I'm feeling, [and get out] any negativity." Scroll for her pike video below.

Despite being active on Instagram, Simone actually revealed that she stays off the social ahead of the big event:

"I try not to look at social media before a meet because before I even step into the arena, [I'm expected] to come out as a winner, and that is a lot of pressure. And at the end of the day, I feel like I put more pressure on myself than anybody else can," she added.