Man Refuses To Have Stepdaughter's Graduation Photo Displayed Next To His 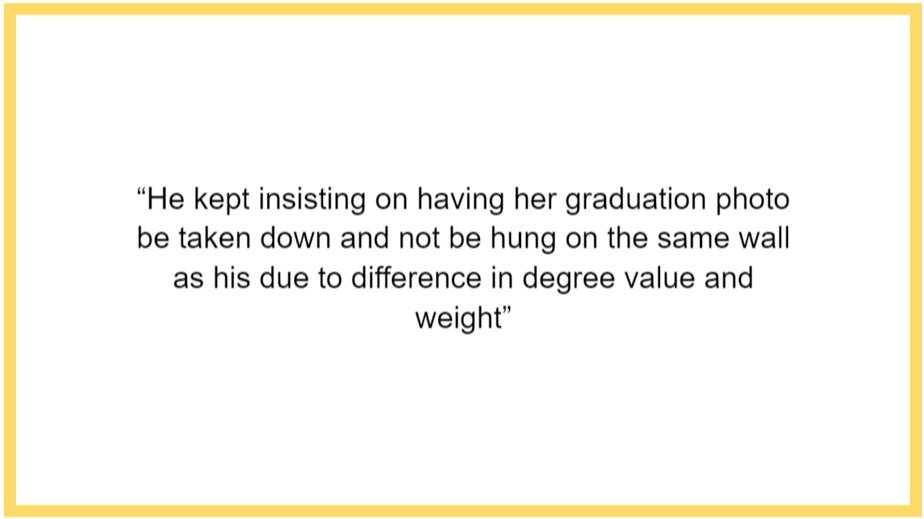 One would think that a parent, either biological or not, would be proud of their child's achievements no matter how small they might seem and would be thrilled to celebrate each new milestone that comes along. However, one distraught mother took to Reddit to reveal that her husband, who recently got his master's degree, didn't want his stepdaughter's high school graduation photo displayed in a frame next to his.

Months after the OP decided to proudly hang her 18-year-old daughter's pic up on the living room wall, the man demanded that it be taken down and replaced with his own, justifying the swap through the greater value of his degree.

To make matters worse, he refused to share the space and have the high schooler's photo hung on the same wall as his, with the OP noting that he "claimed the entire wall."

"I was fuming," the woman recounted in her story. "My daughter deserves to have it on display for encouragement."

According to the OP, the entire situation boiled down to her husband competing for wall space (and, essentially, for attention and recognition) with her teen, and his offer of a compromise did not exactly make him look any better.

Needless to say, the mother won't budge on her decision to keep her daughter's high school graduation pic up. She did, however, ask the Am I The A-Hole community on Reddit if she was in the wrong and the Internet came through.

Scroll for the full story and what Redditors had to say.

Not The First Incident

As expected, Redditors sided with the OP, who went on to share more details in a comment. When asked if that was the first incident of her husband treating her daughter that way, she recounted another episode that showed his antagonistic attitude toward the 18-year-old. "He once complained about having to eat her food on the weekend. She loves cooking but he's not a fan of her cooking saying he's not into vegan food," she wrote, with users encouraging the mom to "get rid of him." They Suggest Teaching Him A Lesson 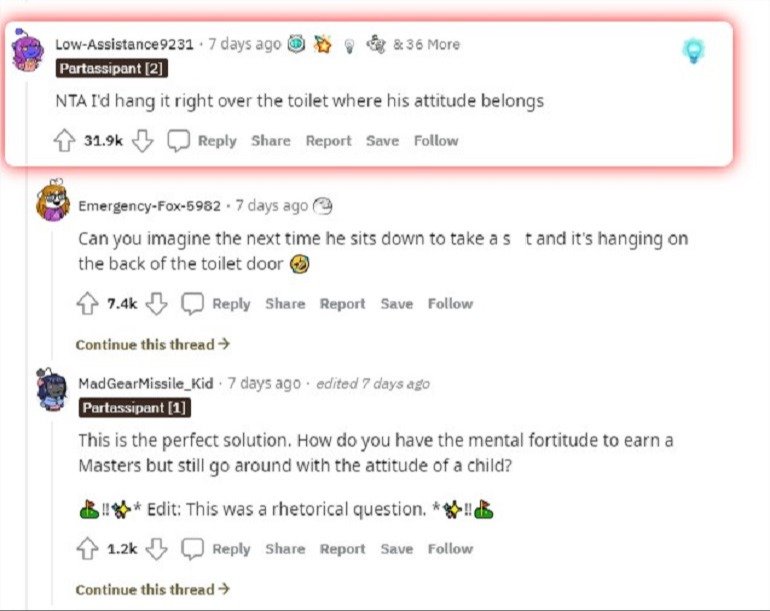