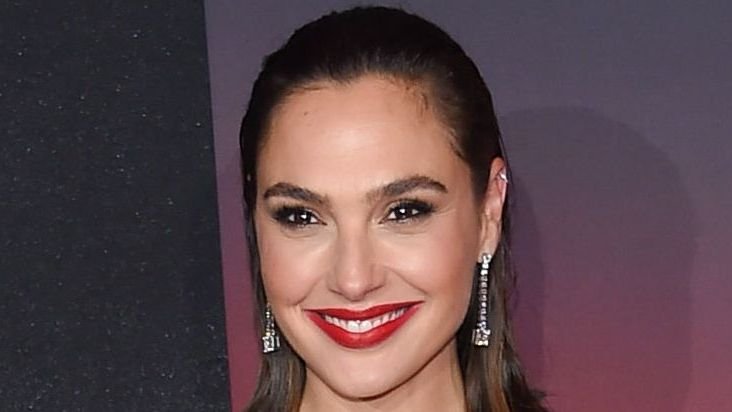 Former beauty queen turned actress Gal Gadot became a worldwide superstar and icon for little girls with her role, Wonder Woman. However, she's set to take on another iconic part in 2024, the Evil Queen in Disney's Snow White live-action remake.

The mother of three recently returned from a short summer break vacationing with her family in Portugal when she attended Disney's D23 expo with her co-star, Rachel Zegler. The duo didn't say much except that Gadot was excited to do something different for the first time in her career.

Gadot attended the expo in black skintight pants with a mesh long-sleeve top and a plunging neckline inside. The outfit blended well in a way that made it look like a bodysuit instead of a two-piece.

She paired the bodysuit with low-heeled black strappy stiletto sandals and styled her usually long or packed hair into an asymmetrical bob. Gadot topped her style with bright red lipstick and studded silver earrings then painted her fingernails black.

Zegler mirrored her hairstyle but paired hers with nude lipstick matching her checkered grey corset dress. She showed gratitude for the friends she made along the way and there's no need for convincing with the chemistry they showed on the carpet and stage.

Disney fans are happy with the casting as shown in the many memes and edits flooding the internet since the announcement. Gadot shared one of such edits showing the Evil Queen in a rushed sequence, from ordering the huntsman to kill Snow White to consulting her magic mirror, transforming into an Old Hag, and offering Snow White the poisoned apple.

Gadot shared her experience of becoming the Old Hag, saying, the makeup took four hours to complete. Although Disney shared a 30-second preview for fans at the expo, the stars of the show weren't in the room to see it.

About her role, Gadot said,

This isn't Gadot's first time filling the shoes of a fantasy movie character, as she's done a good job carrying the torch of DC's Wonder Woman. She first got the role in 2016 after capturing the attention of DC Batman v. Superman director Zach Snyder. Her first solo movie Wonder Woman became one of the highest-grossing films in Warner Bros Discovery's DCEU. Unfortunately, her subsequent outings didn't receive as much love from critics and fans.

This year, she moved on from action roles to play a romantic thriller character in Kenneth Branagh's Death on the Nile.

Gadot shared a short reel of her summer with her family saying her heart is full from spending quality time with them. The mother of three wrote,

Although she's back home with her nuclear family, Gadot is now back to work as more installments of Red Notice are set to hit Netflix soon.