Woman Shoots Husband Accused Of Molesting Children At Her Daycare 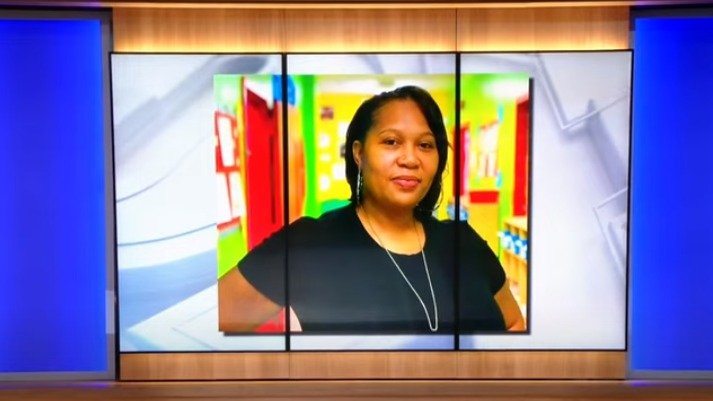 Police say a woman shot her husband in a D.C. hotel and the man has now been charged with sexually abusingchildren at his wife’s Maryland day-care center.

Shanteari Weems Shot Her Husband Inside A Luxury Hotel In Washington D.C.

In a court affidavit, investigators said Shanteari Weems told them she and her husband got in a bad fight over complaints that he had sexually abused children at the daycare facility that she runs.

Baltimore County police said they have an arrest warrant for James Weems charging him with 13 sex crimes related to the abuse of children at Lil Kidz Kastle.

James Weems remains hospitalized with two gunshot wounds that are not considered life-threatening, according to D.C. police. They said he is now considered a fugitive from justice in Maryland and has been placed under guard at the hospital to prevent him from evading arrest after he has fully recuperated from the gunshot wounds he suffered at the hands of his wife.

Shanteari Weems is being held in the D.C. jail, charged with assault with intent to kill her husband and several handgun offenses. She has pleaded not guilty in D.C. Superior Court.

One of her lawyers, Tony N. Garcia, said in an interview that Shanteari Weems shot her husband in self-defense after her husband started to come at her during the argument inside the hotel room.

He did not say whether she was the one to notify police of what may have been happening to children in her care, but only that she had learned of the allegations from the parents of the young children. She had then met him at the hotel to discuss the situation, and that's when things eventually turned violent.

Garcia said James Weems assisted his wife at the day-care center, in the Owings Mills area of Baltimore County, and also did private security work, including serving as a bodyguard.