Kaley Cuoco has been making headlines for all the right reasons. With her ongoing projects making waves, we couldn't be happier for her. The actress has a unique way of making entrances into an event. However, what stands out is how she pairs sneakers with dress outfits. Kaley appears to have a penchant for comfort on the red carpet, as this isn't the first time she's worn sneakers with a dress and looked stylish.

She pulled off a highlighter hue gown on Emmy's red carpet 2021 and looks gorgeous!

The Big Bang Theory alum, 36, arrived at the 73rd annual Emmy Awards in a stunning neon yellow custom Vera Wang Haute dress with ruched embellished straps, a slit, and a billowy train, her first red carpet appearance since she and Karl Cook announced their divorce on Sept. 3 after three years of marriage.

The actress accessorized her colorful ensemble with neon yellow strappy sandals and diamonds from De Beers Jewellers. She wore her hair in a messy updo and fresh and natural makeup.

Red Dresses Were Made For Kaley

The actress looked stunning in a W Magazine photo, standing in a garden wearing a sequin-embellished dress with a plunging neckline and spaghetti straps. Kaley wore her blonde hair in loose waves, and a romantic red rose.

Fans praised the photo, with one commenting, "YASSSS GORGEOUS!" Another person added, "@kaleycuoco, seriously! "You are stunning gorgeous beautiful, and that dress looks amazing on you," said one follower, while another added, "I accept."

'The Flight Attendant' Likely To End In Season Two

According to lead actor Kaley Cuoco, the HBO dramedy's recently concluded second season will most likely be the series' final.

“We did two — we should probably be done,” Cuoco, who is also an actress on The Flight Attendant (and was Emmy-nominated for Season 1), tells People.com.“I think I’ve been outnumbered with that thought; there’s definitely interest in doing a third season. I think for me, at this moment, the plane has landed.” 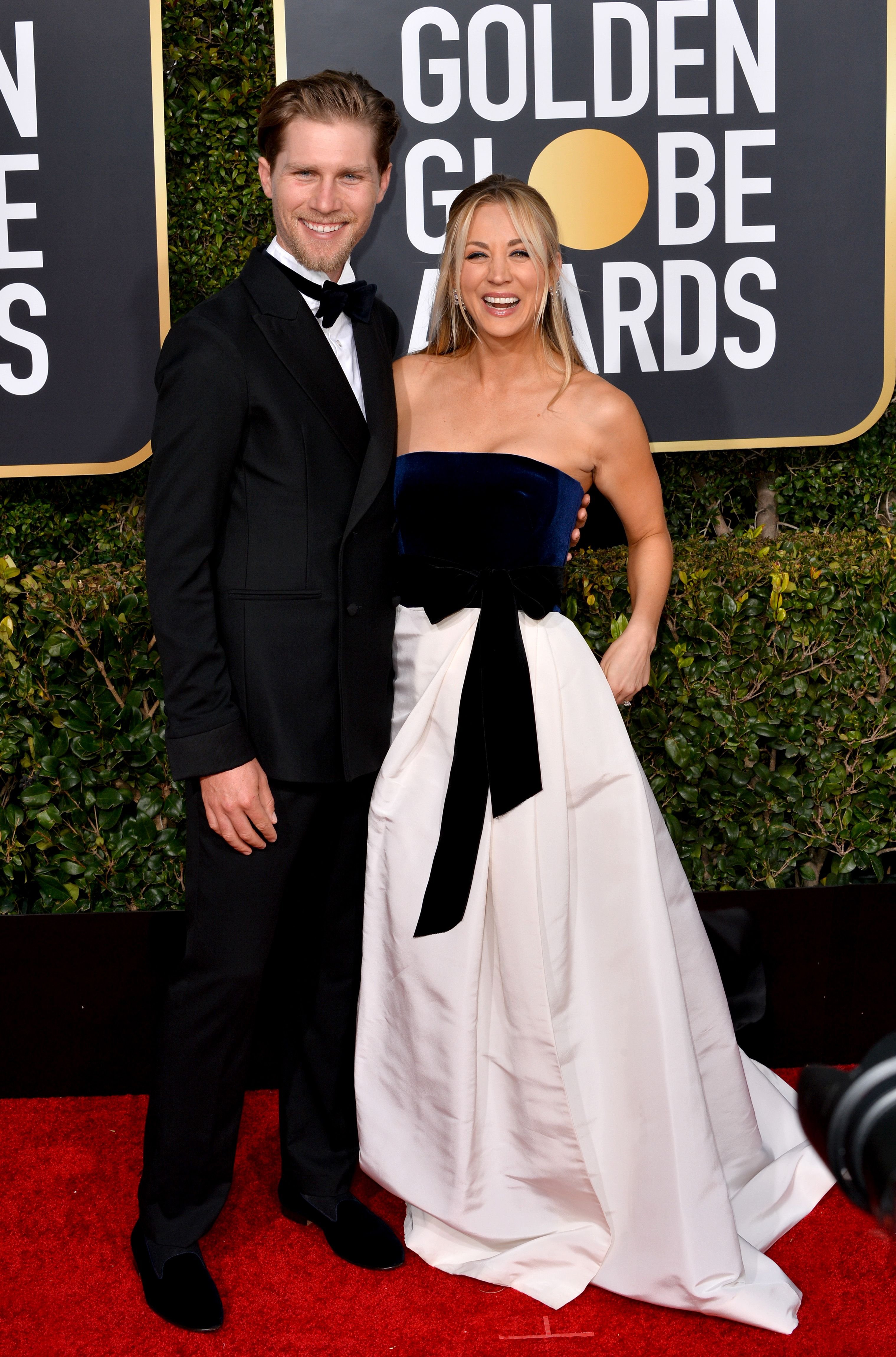 The Flight Attendant actress' marriage was legally dissolved on June 15. Although Cuoco and Cook began dating in 2016, Karl Cook popped the question on her birthday in November 2017, and they got engaged and married on June 30, 2018.

In September 2021, the couple revealed their split in a joint statement to PEOPLE, saying,

"Despite a deep love and respect for one another, we have realized that our current paths have taken us in opposite directions."