In the wake of the Robb Elementary School mass shooting in Uvalde, Texas, that saw 21 people killed, liberal activists and lawmakers have called for stricter gun control measures.

Republican politicians have been reluctant to embrace gun control, but there are some exceptions. Most notably, Texas Sen. John Cornyn has led bipartisan gun control negotiations in the upper chamber.

But his conservative constituents are not too happy with that, it seems.

At the Houston, Texas GOP convention on Friday, Cornyn was heckled and booed for suggesting some gun control measures are necessary.

As reported by CNN, Cornyn said lawmakers should make sure "that violent criminals and the mentally ill cannot buy firearms," which was met with loud boos.

"That's what I've heard from many of you here today and this week, and that's what we're working on, nothing more, and nothing less," he continued, but the boos got even louder.

Cornyn tried to make it clear to the crowd that he does not support any gun control measures that would affect law-abiding citizens.

"I will not, under any circumstance, support new restrictions for law-abiding gun owners. That will always be my red line. And despite what some of you may have heard, the framework that we are working on is consistent with that red line," he said, stressing that he has opposed virtually all Democrats' attempts to impose restrictions on gun ownership.

Cornyn also took a jab at President Joe Biden, saying that the Democrat is not happy "that our list does not include his sprawling wish list, which tells me we must be doing something right." 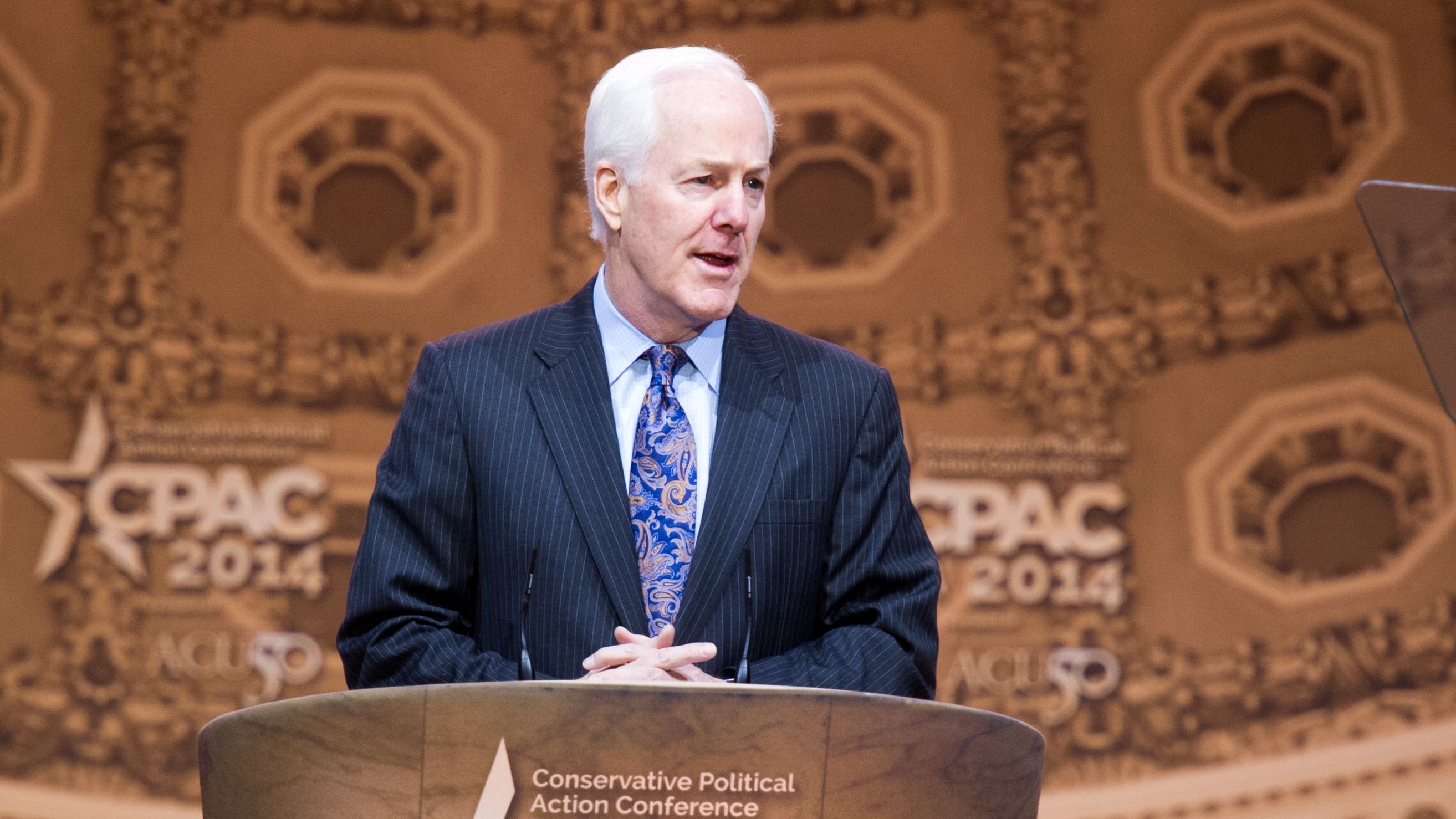 As the lead Republican negotiator on the upcoming gun safety package, Cornyn has worked with Democratic Senators Chris Murphy of Connecticut, and Kyrsten Sinema of Arizona, among others, to pass a common-sense gun control bill.

However, reports suggest that few Republicans support Cornyn's attempt to strike a deal with Democrats. In fact, according to Axios, the Texas Republican is facing strong opposition from members of his party.

His fellow Texas Sen. Ted Cruz is reportedly among those opposed to the bipartisan bill.

Senators Mike Lee of Utah, Rick Scott of Florida, Josh Hawley of Missouri, Tom Cotton of Arkansas, Rand Paul of Kentucky, and Mike Crapo of Idaho have reportedly also made it clear they don't support gun control measures proposed by Cornyn and others.

At a private Senate GOP lunch this week, these senators allegedly questioned Cornyn about the ongoing gun control talks, requesting more information about what is being negotiated behind the scenes.